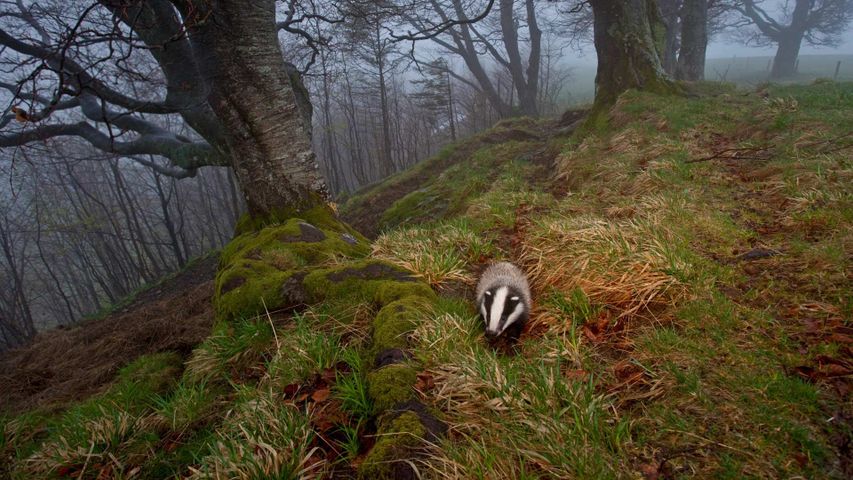 A badger foraging in the Black Forest, Germany

A badger foraging in the Black Forest, Germany

The Black Forest in south-west Germany is a fine home for this badger, who is likely foraging for insects or worms on the forest floor. This mountainous region is considered not only prime badger habitat but is also known as the birthplace of cuckoo clocks. As early as the 1740s, farmers in this area began supplementing their income by carving and selling the intricate clocks, which quickly caught on and became associated with the Black Forest. Today, cuckoo clocks are still a favourite souvenir, but visitors also come in search of Black Forest gateau, a cherry dessert that even a badger would be sure to love.