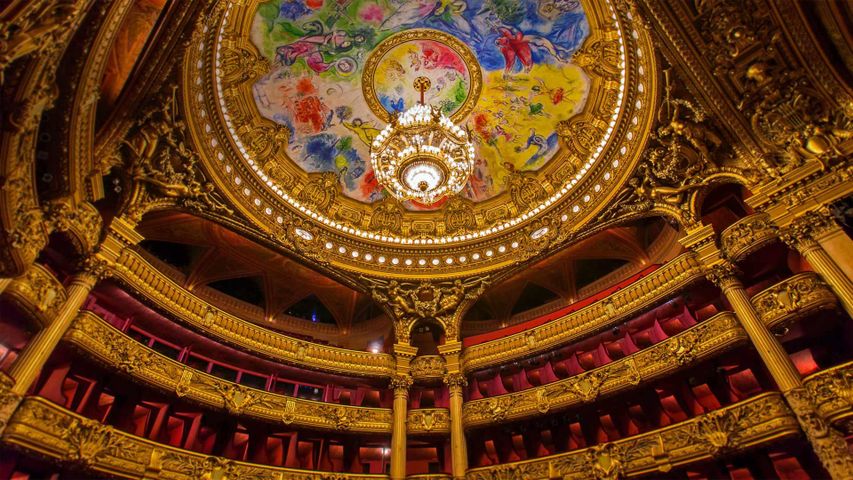 Fancy opera houses like the Palais Garnier were designed for more than just watching a performance. The open balconies and winding staircases were meant to encourage people-watching, especially among the upper class. Commissioned by Napoleon III as part of his grand, transformative renovation of Paris, the Palais Garnier first opened on this day in 1875. Immediately upon opening its doors, it became the place to see and be seen – and to be surrounded by opulence. The domed ceiling shown here was painted by Marc Chagall in 1964, covering the original ceiling paintings by artist Jules Lenepveu. Chagall’s colourful, dreamlike work stretches nearly 240 square metres and depicts scenes from operas by 14 different composers, including Beethoven and Debussy.