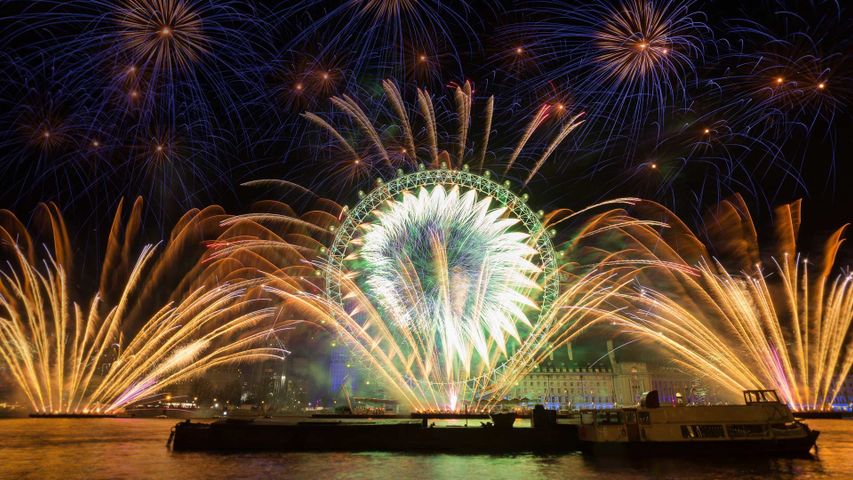 The large-scale New Year’s Eve fireworks display in London didn’t begin until 1999, but the extravaganza has been going strong ever since. Our photo today shows the celebration in 2017, as fireworks over the London Eye (the large Ferris wheel on the South Bank of the Thames) explode with color. And even though Big Ben’s chime has been silenced until maintenance on the tower is completed in 2021, the bell will ring for the New Year. Whether you’re out on the streets of a major urban area, or quietly celebrating at home, we hope you have a fun New Year’s Eve.