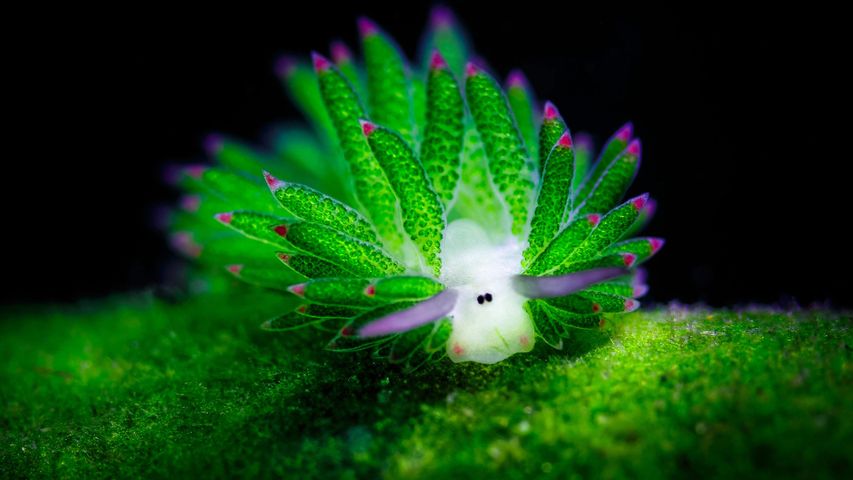 Perhaps you can understand why this tiny sea slug is sometimes called the ‘sea sheep’ or ‘leaf sheep’? It grazes on algae just as a sheep grazes on grass, and it bears more than a little resemblance to an actual sheep. Sea sheep don’t digest the chloroplasts in the algae they eat—instead, they absorb the energy-producing cells. As a result, the leaf-like fins all over the sea sheep’s back are loaded with working chloroplasts, making the sea sheep one of the only non-plant life forms on Earth with the ability to photosynthesize—that is, produce its own energy using sunlight and water. Who knew an evolutionary advancement could be so cute?