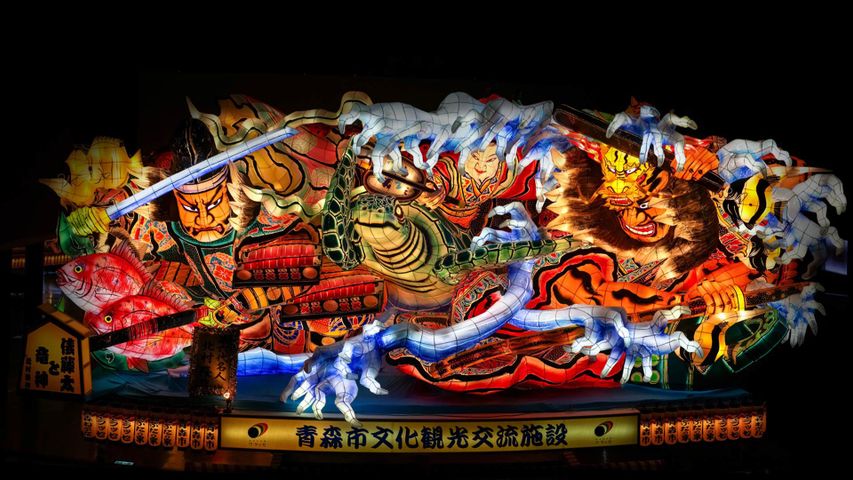 From now until August 7, the northern Japanese city of Aomori will be celebrating Aomori Nebuta, a festival (‘matsuri’) that features bright, colourful floats like the one seen in our photo. The history of how the festival began depends on who you ask and what you read. But the way to celebrate is to join or watch the parade that is the centrepiece of the observance. The floats depict mythic warriors and creatures, and they move through Aomori accompanied by musicians, often playing flutes and pounding on loud taiko drums. The goal? To ‘awaken sleepy souls.’