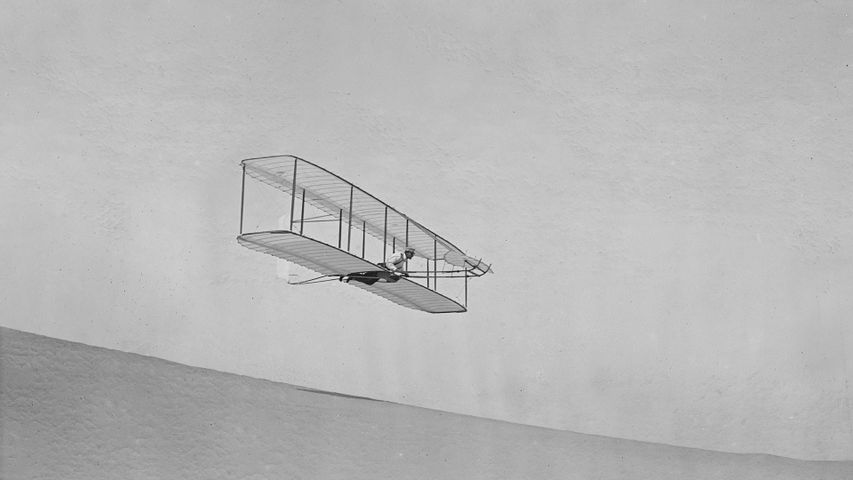 Wright brothers fly into history. We have liftoff!

The Wright brothers documented the first sustained flight in a powered, controlled aircraft on this day in 1903. That historic achievement was the result of single-minded perseverance, study, and experimentation. The brothers had spent more than a dozen years designing, engineering, constructing, and tweaking various test craft, including groundbreaking work done on the glider shown here. Orville Wright snapped this photo of the plane as it’s piloted by his brother Wilbur, gliding down the slope of Big Kill Devil Hill in Kitty Hawk, North Carolina, in October 1902.