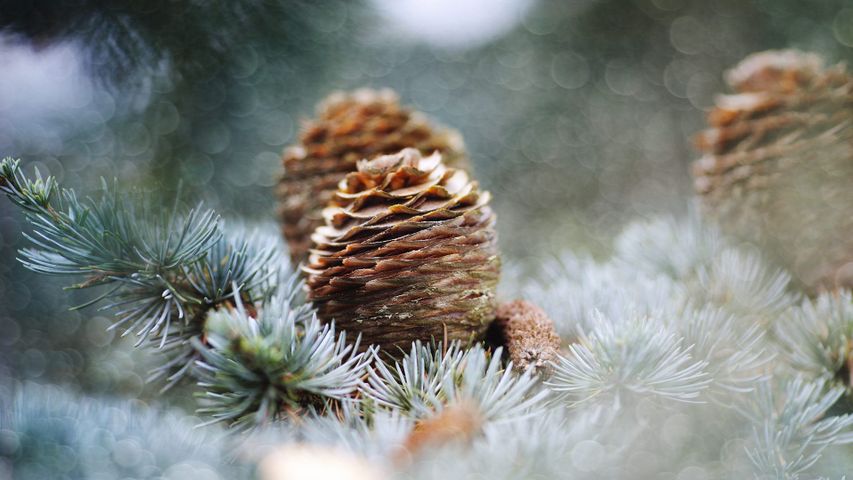 Next time you're out walking amid the verdant majesty of a conifer forest, take a moment to consider the small but mighty pine cone. It plays a crucial role in the trees' lifecycle but has also served as a potent symbol for a variety of human cultures. In many traditions, it's been associated with fertility and enlightenment, appearing in art from the Mayans, Egyptians, Greeks, and Romans. That association comes from its main job—making baby trees. The ornate, woody pine cones shown here are females, and they're designed to create and protect seeds. Male cones, which are usually smaller, produce pollen. The female cones open and close their scales to allow for pollination and eventually release their seeds onto the forest floor. But pine cones also open and close in response to changes in the weather, making them a natural barometer.