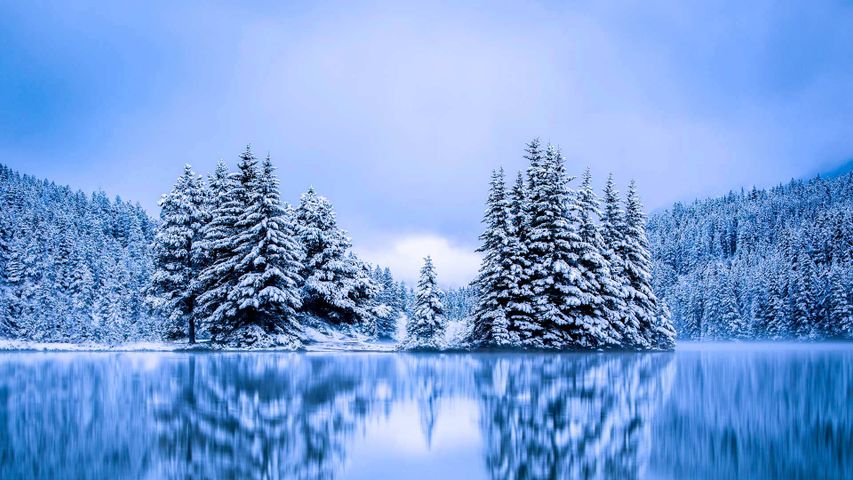 Season’s greetings from Banff. How lovely are your branches

While we are certainly fans of pretty lights and ornaments during the holidays, nothing could be lovelier than these evergreens in their natural setting, with just a dusting of snow. This wintry scene is from Two Jack Lake in the eastern part of Banff National Park, in Alberta, Canada. Banff, Canada’s oldest national park, is surrounded by other provincial and national parks, and together they make up a vast area of spectacular wilderness. Wintertime in this neck of the woods means plenty of skiing, snowshoeing, and if you’re lucky, glimpsing the northern lights.