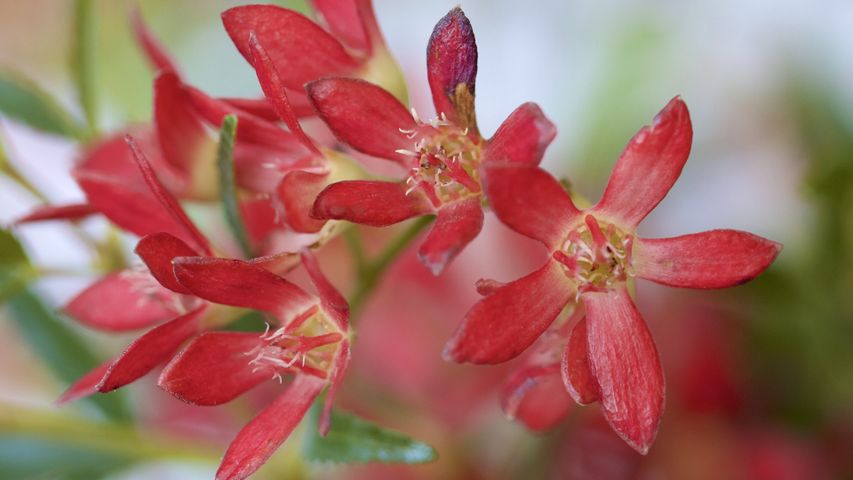 While we might not get the snow and ice that comes alongside Christmas in many Hollywood movies, those with a green thumb know Santa’s nearby after these colourful beauties start to pop up. The Ceratopetalum gummiferum, more commonly known as the NSW Christmas Bush, is an Aussie native that, as the name suggests, can be found throughout different regions of the state. Interestingly, however, the deep red flower we’re featuring today isn’t actually a flower at all. In fact, it’s what is known as a sepal - the outer leaves that act as protection for the flower within. The white flower of the Christmas bush blooms around spring until December, and as they begin to die and fall off, the sepals gradually take over – turning red and papery resembling four or five petals. Flower or not, it certainly helps us get in the festive spirt!