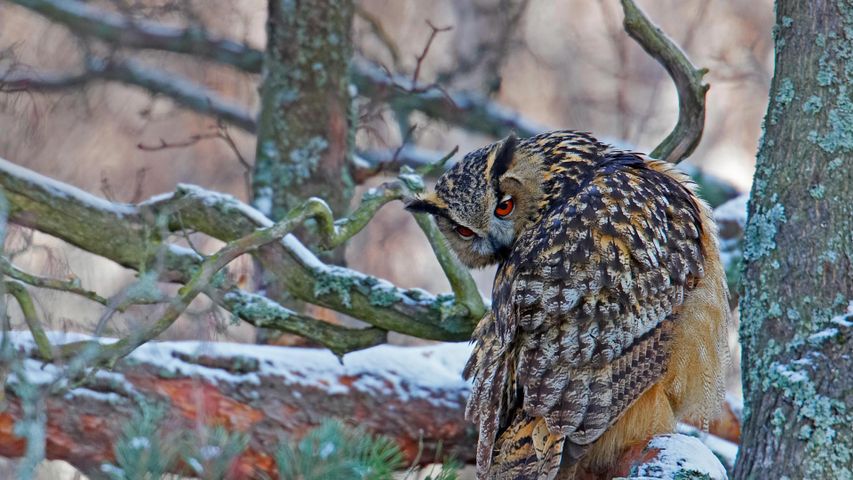 As the name indicates, you’ll find the Eurasian eagle-owl across Asia and Europe. The eagle-owl in our photo today lives near Helsinki, Finland. Why an eagle-owl on Finnish Independence Day today? When Finland’s national football team was playing a qualifying match against Belgium in 2007, an eagle-owl flew onto the field, delaying the game for several minutes. Ever since, the Finnish team has been nicknamed ‘Huuhkajat’—the eagle-owls. The owl, called ‘Bubi’ was later named Citizen of the Year in Finland.