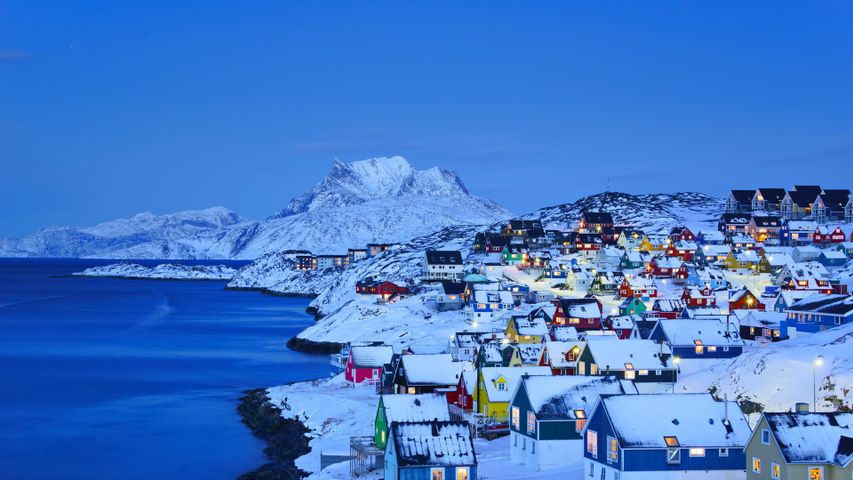 It may not look like a bustling metropolis, but Nuuk is Greenland’s largest city and capital. Fewer than 56,000 people live in Greenland, and nearly a third of them reside in the modern comforts of Nuuk. Greenland is a constituent country of Denmark, and in Nuuk the Danes have been a modernising influence on the city, even here in Old Nuuk, a part of town established in the 1740s. Despite the Danish presence, the majority of Greenland’s population is Greenlandic Inuit. Nuuk began as a coastal fishing settlement, and much of Greenland’s commercial fishing fleet is still based out of the city’s harbour, which is also used as a shipping port.