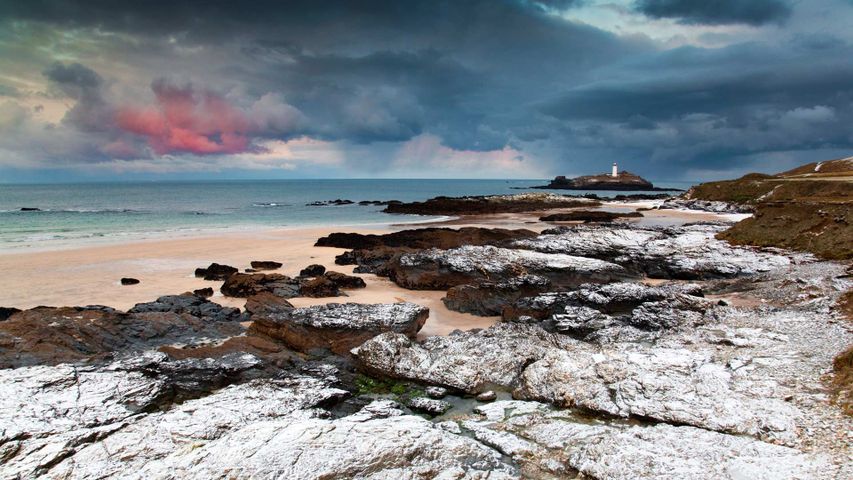 A famous literary view. The inspiration for a classic novel

Here on the Atlantic coast of Cornwall in South West England, we're admiring the view towards the world-famous Godrevy Lighthouse from the golden beaches which surround St Ives Bay. The white octagonal tower was built in the late 1850s on the uninhabited Godrevy Island to protect shipping from a notoriously dangerous reef known as The Stones, which a few years earlier had wrecked the SS Nile steamer, causing the loss of all passengers and crew. The 26-metre-high lighthouse was made famous by Virginia Woolf in her iconic novel To the Lighthouse, published in 1927. Although the British writer placed the lighthouse in the Hebrides off the west coast of Scotland, she was inspired by the view, similar to the one on our homepage, from her family holiday home in Cornwall where she spent her childhood summers.