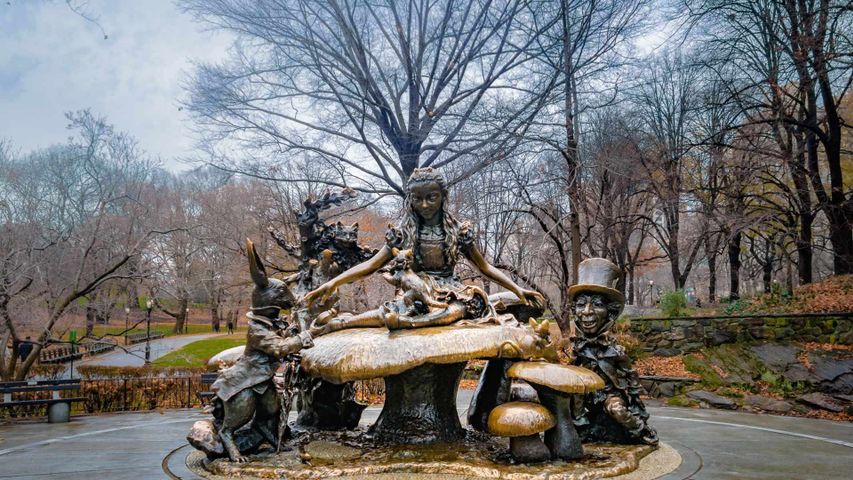 This statue of Alice in Wonderland is found on the east side of New York’s Central Park, near 75th Street. It was commissioned in 1959 by a philanthropist whose late wife had enjoyed reading ‘Alice’s Adventures in Wonderland’ to their children. The children’s book was first published on this day in 1865, a work by the English writer Charles Lutwidge Dodgson, who wrote under the pseudonym Lewis Carroll. His story of a little girl who falls through a rabbit hole into a fantasy world was inspired by a real girl, Alice Liddell, and it went on to become a classic, inspiring films, television shows, and artwork like this.

A Siberian chipmunk in Hokkaido, Japan