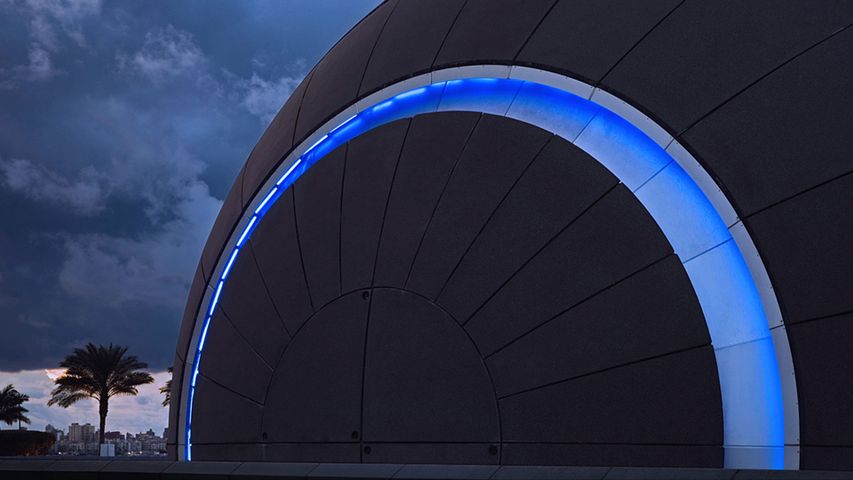 It’s not a spaceship, it’s the planetarium at the Bibliotheca Alexandrina in Alexandria, Egypt. The library was constructed in 2002 to revive the intellectual atmosphere of the ancient Library of Alexandria, which served as a center of study in the ancient world. The original library was established in the 3rd century BCE and once housed the largest collection of manuscripts in the world. Most of these ancient manuscripts were on papyrus scrolls. The library welcomed scholars for 600 years before it was lost, believed to be destroyed by fire. Today, the modern Bibliotheca Alexandrina welcomes a new generation of scholars.

Solar Impulse 2 flying over the pyramids in Giza, Egypt