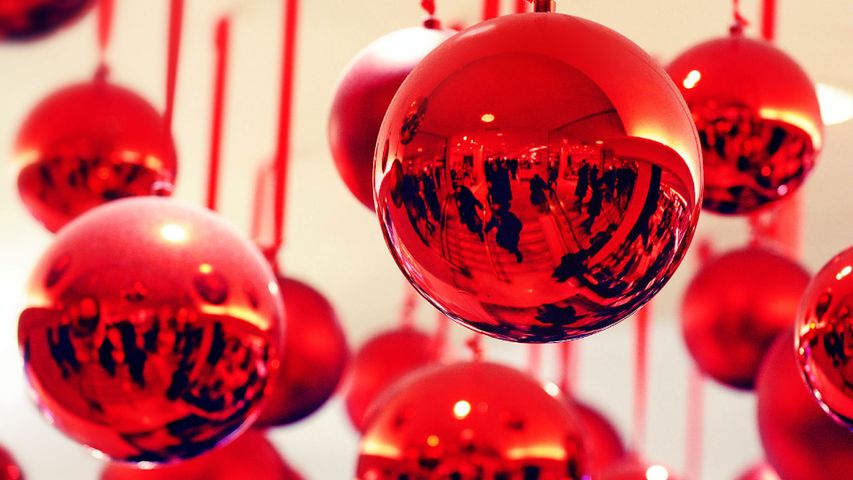 The holidays are here. Let the holiday shopping commence

Were you among the crowds camped outside retail stores early this morning, hoping to cash in on Black Friday deals? Perhaps you can even see yourself reflected in these Christmas ornaments hanging in New York City’s Macy’s department store. The day after Thanksgiving is big business for retailers. Last year, 174 million Americans shopped on Black Friday weekend, according to the National Retail Federation, presumably moving retailers’ balance sheets from red (losses) to black (profits). But the term ‘Black Friday’ has a darker history. It was originally used to describe a financial crisis in 1869, and later adopted by Philadelphia police to describe post-Thanksgiving chaos at department stores in their city. Retailers later co-opted the phrase ‘Black Friday,’ giving it more positive connotations–a shift toward profitability at the start of the crucial holiday shopping season.