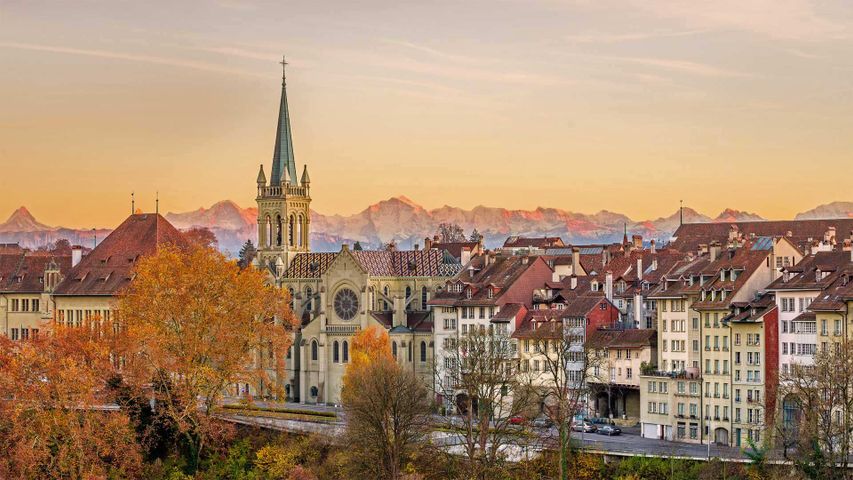 The medieval center of Bern, Switzerland's capital, looks much as it did when most of these buildings were first constructed between the 12th and the 15th centuries. What's now called Old Town was founded in 1191 on a long, narrow peninsula surrounded on three sides by the Aare River. As Bern grew over the centuries, it erected defensive walls and moats only to tear them down again with each successive wave of expansion. In their place are now broad public spaces for outdoor cafes and markets, like the Zibelemärit (Onion Market), an annual fall tradition.

Since at least the 1850s—and possibly much longer ago—the people of Bern have awakened very early on the fourth Monday of November to greet farmers who come to the city offering huge, beautiful garlands of onions and garlic for sale. This year, the coronavirus pandemic has put a stop to the public festival, but we're quite sure that on the streets of Bern's Old Town, the aroma of onion tarts and Glühwein is wafting out onto the streets from these perfectly preserved medieval houses.