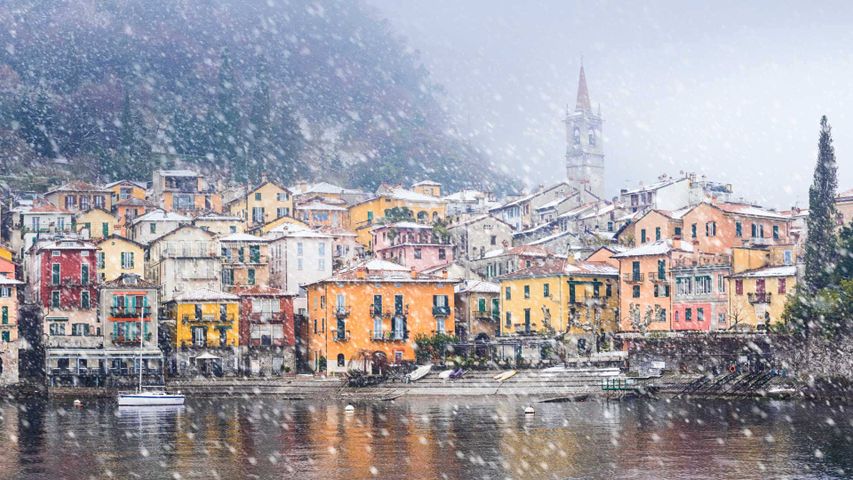 Scenic Lake Como in Italy’s Lombardy region is where the rich and famous come to play. The lavish, historic villas are home to an increasingly well-heeled cosmopolitan set, including celebrities like George Clooney, who owns a summer home in the lakeside village of Laglio. As it happens, most tourists visit Lake Como in the summer, but we think winter looks magical as well, particularly here on the Riva Grande, the shoreline promenade of Varenna. Como’s picturesque landscape has served as a filming location for many popular movies over the years, including Oceans 12, which Clooney starred in, as well as Casino Royale, and even Star Wars: Episode II – Attack of the Clones. Even Jedi Knights aren’t immune to the region’s charms. In Star Wars: Episode II, Lake Como was the site where Anakin Skywalker falls in love with Padme Admidala.