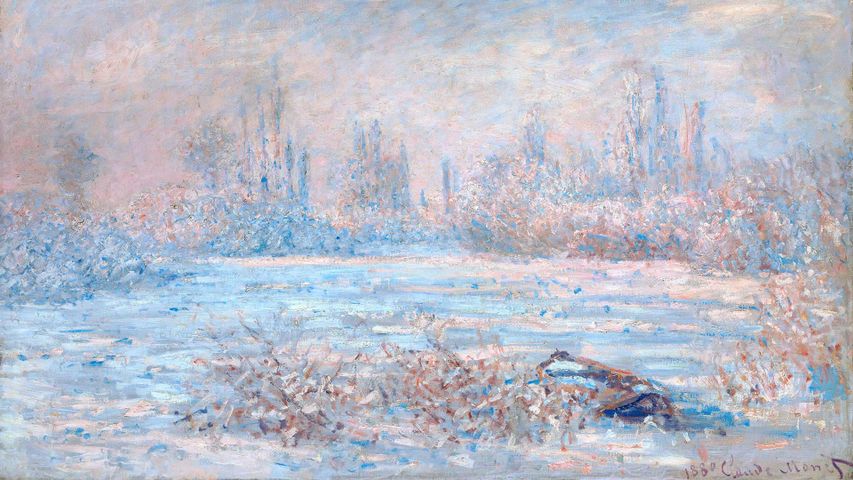 'The Frost' by Claude Monet. Monet still makes an impression

There might not be frost in your neighbourhood this morning, but more than 100 years ago, impressionist painter Claude Monet painted this wintry scene, called ‘The Frost,’ in the French commune of Vétheuil, where he lived from 1878 to 1881. We’re showing it today in honour of his birthday. Monet is considered a father of impressionism, the artistic movement characterised by thin brushstrokes and depicting the visual impression of the moment – especially in terms of light and colour. The term impressionism derives from a review of Monet’s painting ‘Impression, Sunrise,’ which he exhibited in 1874. Happy birthday, Claude!