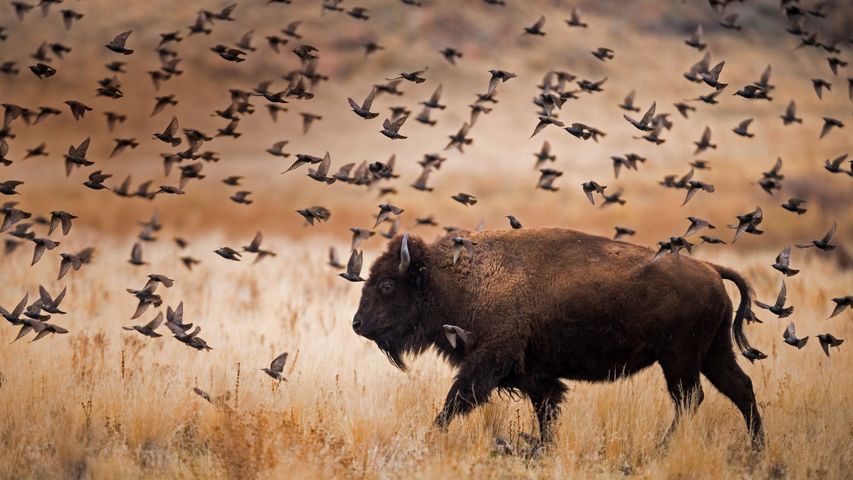 No bull, it's Bison Day. A bison preserve

Once 60 million strong, bison were nearly wiped out from the North American plains in the 1800s. Then, in 1893, the owner of Antelope Island in Utah’s Great Salt Lake reintroduced 12 bison to the island as the foundation herd for a hunting operation. But the project failed, and without wolves on the island, the bison had no natural predators, so they thrived. (Incidentally, antelope brought to the island did not survive a similar effort.) Today, a herd of 550 to 700 bison roams here, protected as one of the attractions at Antelope Island State Park. Happy Bison Day!