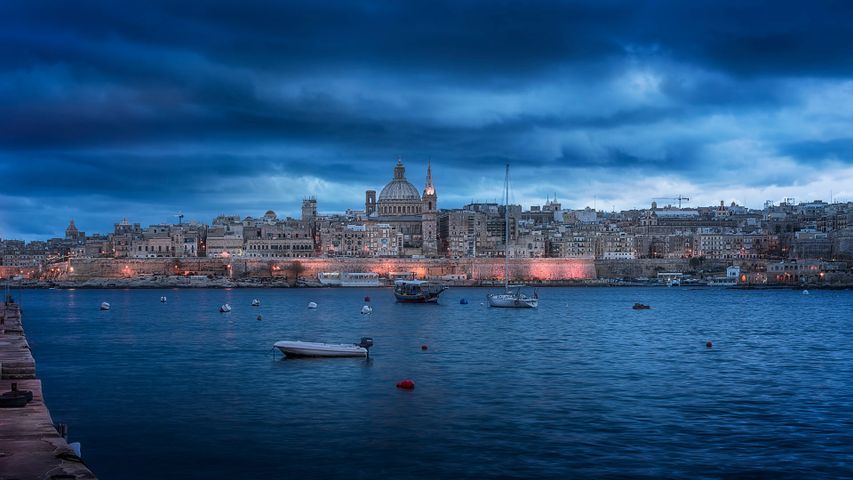 A European Capital of Culture. Moody skies over Valletta

We approach from the Mediterranean to arrive at a 2018 European Capital of Culture: Valletta, Malta. This celebration of city-specific culture began in 1985, and since 2010 two cities have shared the title each year (Valletta shares the 2018 honors with Leeuwarden, in the Netherlands). Valletta, the southernmost capital of Europe, has a remarkable range of architectural styles throughout the city, from 16th-century churches to the ultra-modern Parliament House. Aside from its rich homegrown culture, Valletta reflects a variety of outside influences, including several jazz clubs and a Baroque music festival.