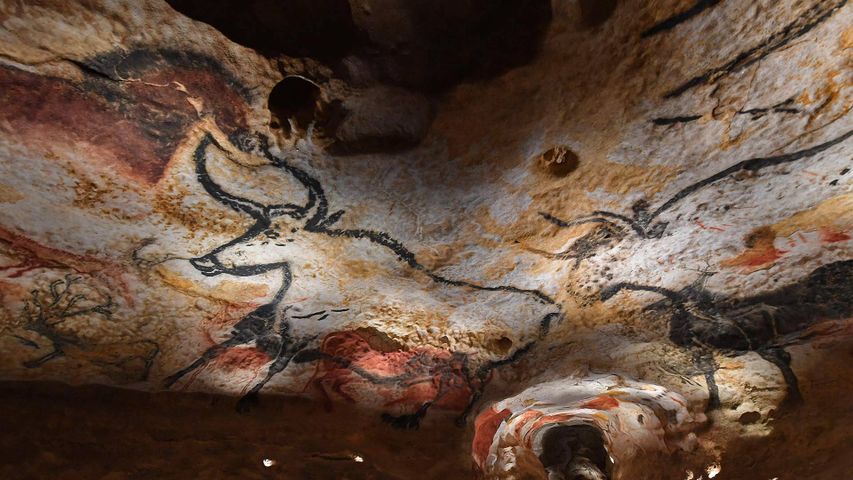 In the autumn of 1940, a group of boys exploring the outdoors near Dordogne in south-west France came upon the entrance to a cave – and unwittingly discovered a treasure trove of prehistoric art. The caves known as Lascaux are covered with hundreds of images – giant drawings of bulls, horses and humans – created some 20,000 years ago in the Upper Paleolithic period. The caverns, a World Heritage site, were opened to the public for many years, until scientists observed that the 1,200 visitors who were exploring the caves each day were adding carbon dioxide (from their breath), heat, humidity and other contaminants to the air that were damaging the artwork. To protect these prehistoric masterpieces, the cave has been closed to the public since 1963. Today, the closest you can get is viewing the full-scale replicas at the nearby International Centre for Cave Art in Montignac, France, where our homepage image was photographed.

The straining tower at Lake Vyrnwy in Powys, Wales