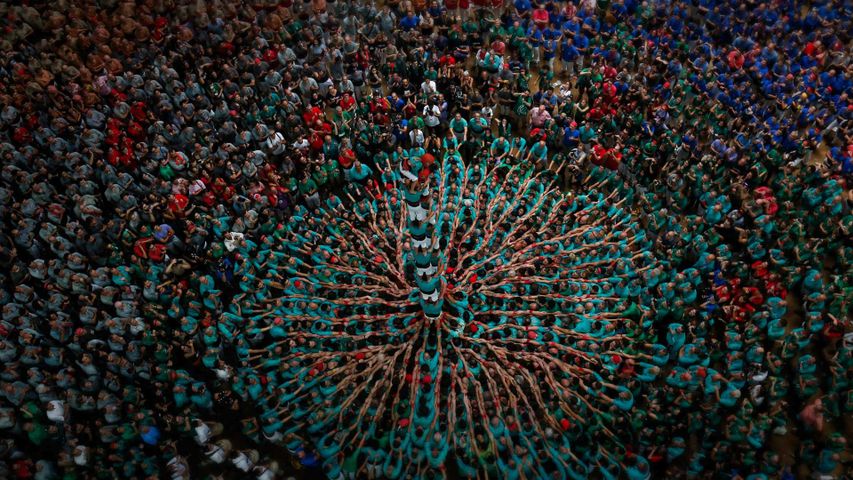 In the Catalonian tradition of castelling, common sense is just as important as strength. Competitors use their bodies to carefully build human towers – lifting and holding each other in structures that can reach eight or nine people tall. The tradition is recorded as far back as 1712 in the city of Valls, and over time, they’ve become an important symbol of Catalonian pride. In the 1980s, when women were allowed to join the formerly all-male competitions, the towers became lighter, and taller as a result, and castelling reached what many consider its golden age.