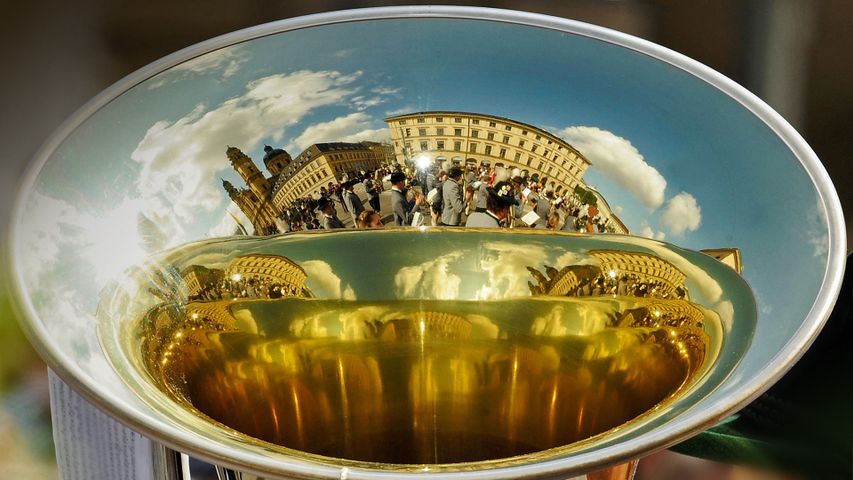 Our photo today shows the crowds at an Oktoberfest parade reflected in the bell of a brass horn. In Munich, Germany, the 16-day festival will include many brass bands marching and playing celebratory Bavarian folk music, while other bands will play for the beer drinkers in the tents and beer halls that dot the festival grounds. Why ‘Oktoberfest’ when it begins in September? The original Oktoberfest was a one-day event in mid-October, but as the party grew over two centuries, it extended into the weeks before the original date, and organisers shifted the dates to take advantage of better weather in late September, yet the name stuck.