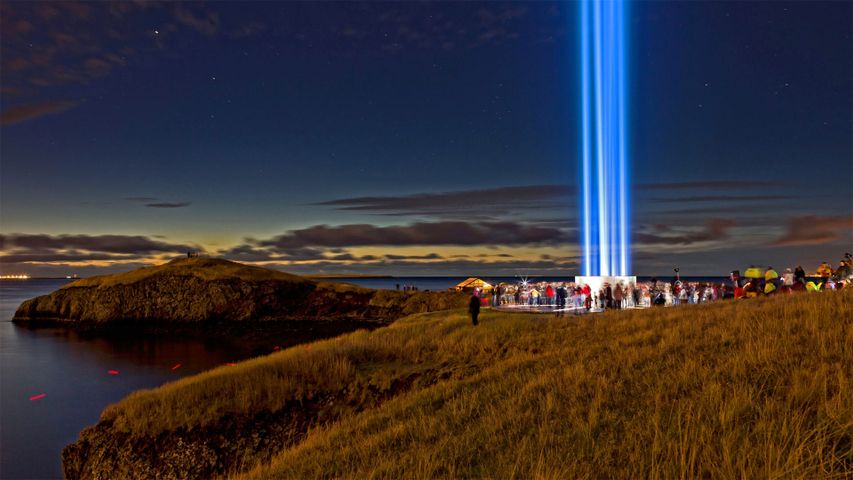 The Imagine Peace Tower near Reykjavik, Iceland, for the International Day of Peace

Imagining peace around the world. A tower of light

Today is the International Day of Peace, an annual observance created by the United Nations and first celebrated in 1982. To recognise this noble effort, we bring you to Viðey Island, just north of Iceland’s capital of Reykjavik. The island is home to the Imagine Peace Tower, a ring of lights and mirrors that beams up nearly 2.5 miles into the night sky. It was created by Yoko Ono as an extension of the peace campaign started by the artist and her late husband, John Lennon. The base features the phrase ‘Imagine Peace’ in 24 different languages. When speaking of today’s observance, the UN defines ‘peace’ in the broadest terms – ceasefires and truces, however temporary, are all lauded as an effort to create a world free of violence.