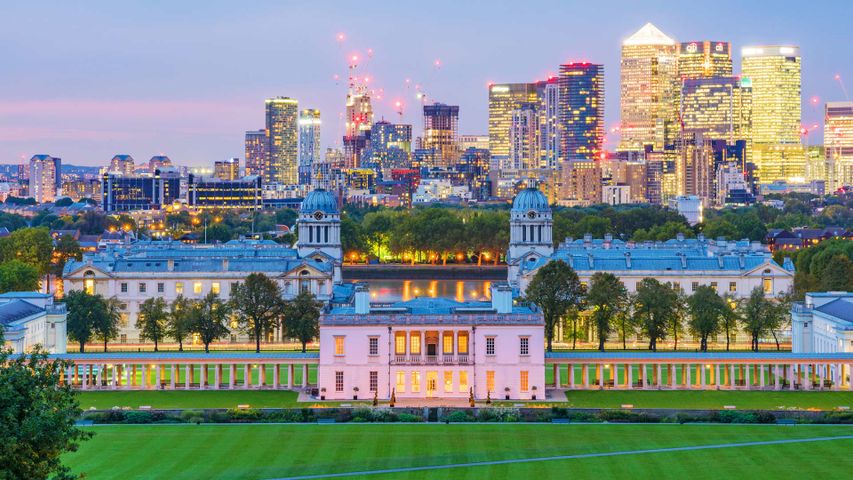 How's that for a backdrop? Climb the hill at Greenwich Park to the Royal Observatory and you'll be treated to breathtaking views across the River Thames to Canary Wharf and the City of London. The park, one of the eight Royal Parks of London, covers 180 acres and forms part of Maritime Greenwich, which was added to the list of World Heritage sites in 1997. The site comprises several historic buildings, including the 17th-century Queen's House and the Old Royal Naval College – the architectural centrepiece of Maritime Greenwich – both pictured here.

The polder landscape near Jisp, Netherlands