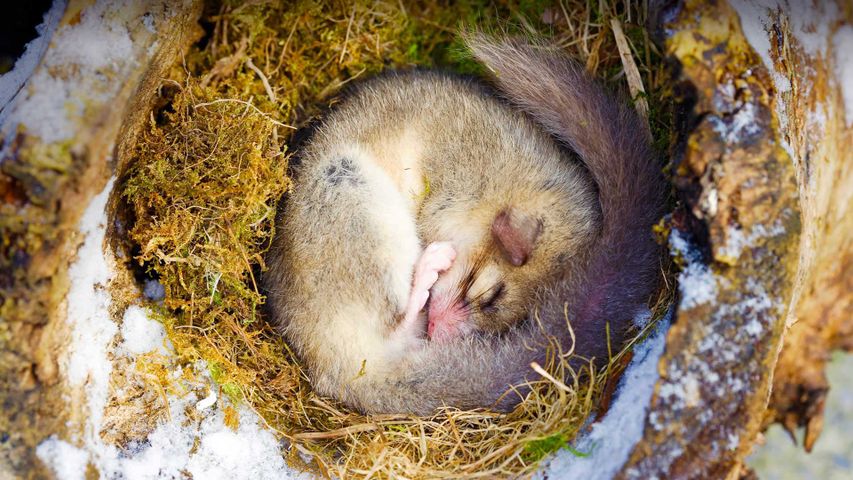 It looks as though this dormouse is recovering from too much festive fun. The edible dormouse – so called because the Romans ate them as a delicacy – is sleeping through the winter in Alsace, a region on France’s eastern border, adjacent to Germany and Switzerland. Here, the half-timbered homes have a classic fairy-tale feel. Speaking of fairy tales, the dormouse has a penchant for sleeping through those, too. In Lewis Carroll’s classic Alice’s Adventures in Wonderland, the character of the dormouse is too tired to partake in the Mad Hatter’s tea party, and instead offers nonsensical mutterings about treacle, a British syrup made from molasses.