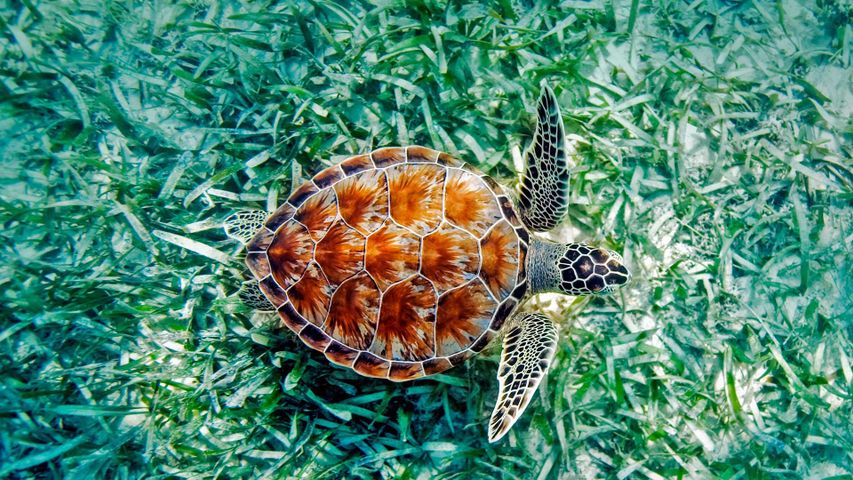 This green sea turtle is gliding through the water in the Hawaiian Islands, where it’s known as honu. The species has a special meaning in Hawaii, where it’s associated with peace and good luck, but its future hasn’t always been certain. The green sea turtle is listed as an endangered species and faces multiple threats, including pollution, poaching, and habitat destruction. On today’s date in 1973, President Nixon signed the Endangered Species Act into law to protect some of our country’s most at-risk species, like our turtle. Sounds like a good reason to shell-abrate.