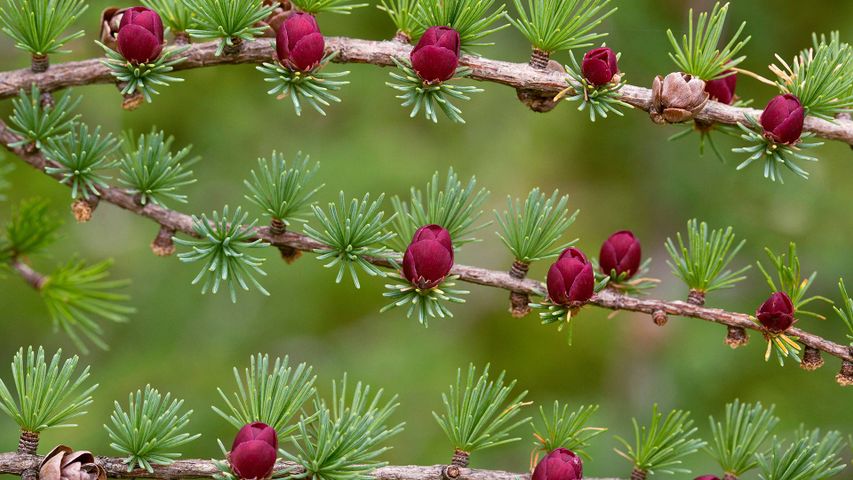 Tamarack is found mostly in the boreal forests of Canada, which extends from here in Newfoundland and Labrador off the east coast of the North American mainland, all the way across the continent to the northern part of Yukon Territory in the west. But it does show up in some of the northern states of the US as well. The tree is incredibly tolerant of cold temperatures, and was so valued by the Algonquin people, that the name ‘tamarack’ comes from their language—roughly translated as the ‘wood used for snowshoes.’

Sunset on a snowy field in Switzerland