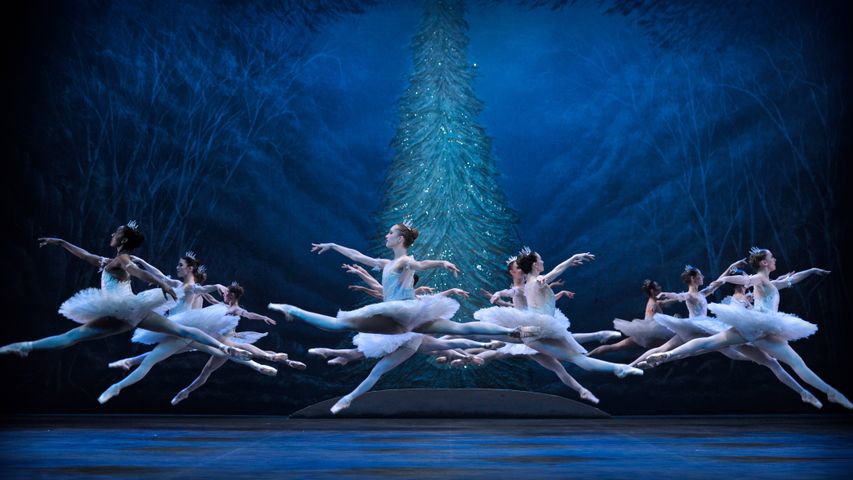 A holiday tradition endures. Dancing in 'The Nutcracker'

If it's December, then countless dance companies are likely performing 'The Nutcracker.' The ballet has become an iconic holiday entertainment staple, produced around the world. This photo captures a scene from the 2016 production by the English National Ballet at the London Coliseum. The company has been performing 'The Nutcracker' during the Christmas season since 1950.

It's perhaps the world's most indomitable ballet today, but when 'The Nutcracker' premiered in December 1892 in St. Petersburg, Russia, it was far from a hit. Some critics appreciated Tchaikovsky's score, but most found the choreography and dancing 'amateurish' and 'insipid.' Largely forgotten by the early 20th century, 'The Nutcracker' made its US debut with a performance by the San Francisco Ballet company in 1944. It became a true Christmastime classic when choreographer George Balanchine staged his own 1954 production with the New York City Ballet. Balanchine's version caught on and inspired other dance companies to perform it themselves. Most years, 'The Nutcracker' is such a draw that a staging of Tchaikovsky's Christmas fantasy can help keep a ballet company financially stable.

Sunset on a snowy field in Switzerland