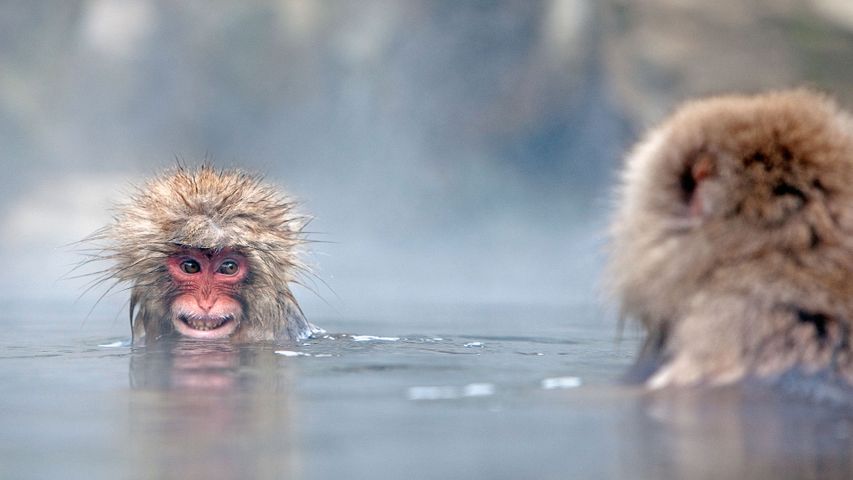 When the weather outside is frightful, the snow monkeys here at the Jigokudani Monkey Park in Japan descend from the forest and soak in the naturally occurring hot springs, known as onsen. Snow monkeys, more formally known as Japanese macaques, hold the distinction of being the northernmost living nonhuman primates. They are a sophisticated lot, known for washing their food before eating it, occasionally engaging in snowball fights, and indulging in these warm baths. The macaques also make adorable poster primates for Monkey Day, an international holiday on December 14 that celebrates monkeys and ‘all things simian.’