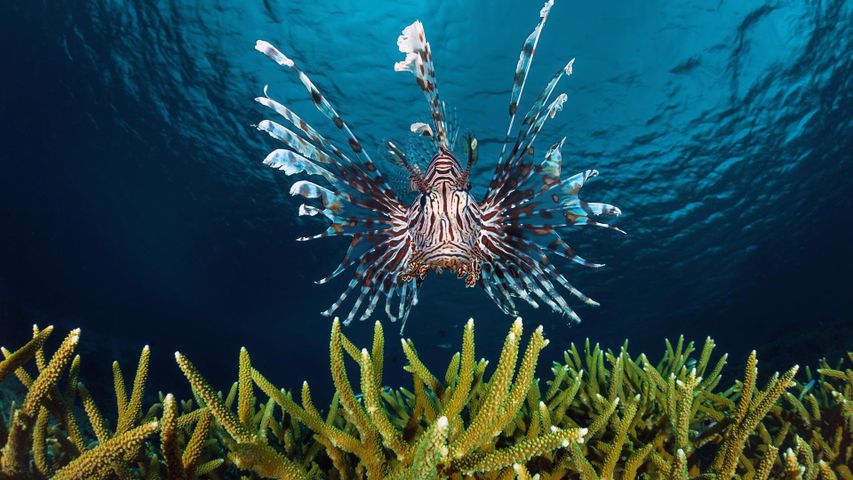 Native to the waters of the South Pacific and Indian Oceans, the 12 recognised species of lionfish all sport venomous spikes in their fin rays. Their wild colouration acts as a warning to predators: eat at your own risk. At some point in the 1990s, one or more species of lionfish was introduced to the waters of the Atlantic, Caribbean and Gulf of Mexico. The invasive lionfish will eat nearly anything they can, and as a result, are decimating native fish populations, prompting an ‘eat a lionfish’ campaign in some areas.