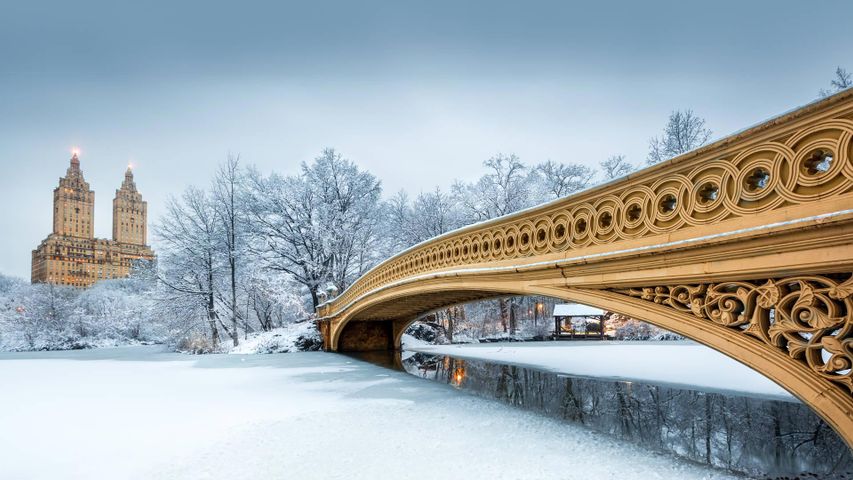 The picturesque Bow Bridge in New York’s Central Park is the site of many a romantic moment – both on screen and off. The cast iron bridge has served as a filming location in movies such as Spider-Man 3, The Way We Were – starring Barbra Streisand and Robert Redford – and the Woody Allen-directed Manhattan. One of 36 bridges and arches here at Central Park, it was designed in 1862, in part by Calvert Vaux, who is famous for co-designing Central Park along with Frederick Law Olmsted. Years later it’s still inspiring romance.