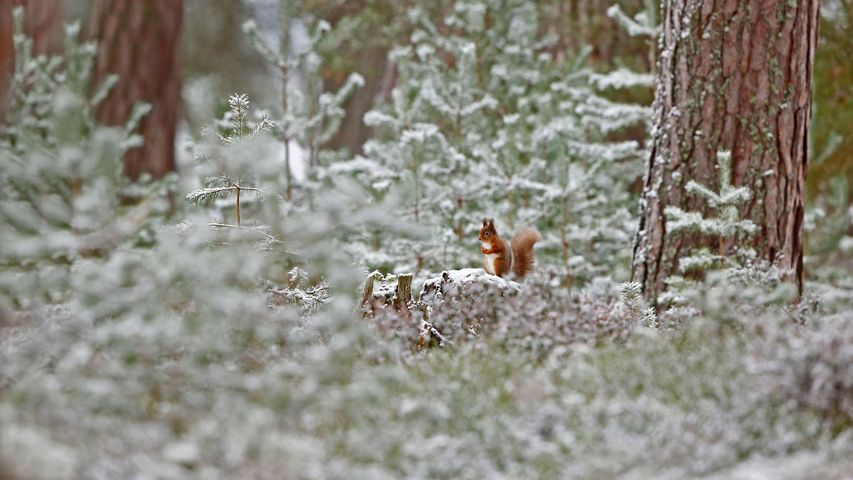 This wee red squirrel looks warm and cosy in its winter coat here in the Scottish Highlands. The red squirrel is the only squirrel species native to the United Kingdom, but its numbers are in decline. It’s estimated there are only 160,000 left in the UK and 75 per cent of the population makes its home here in Scotland, where conservation groups are coming to its aid. The main threat to this group comes from non-native grey squirrels, which were introduced here in the 19th century and outcompete the reds for food and living space. Perhaps the two species will make amends for Squirrel Appreciation Day, celebrated on today’s date.