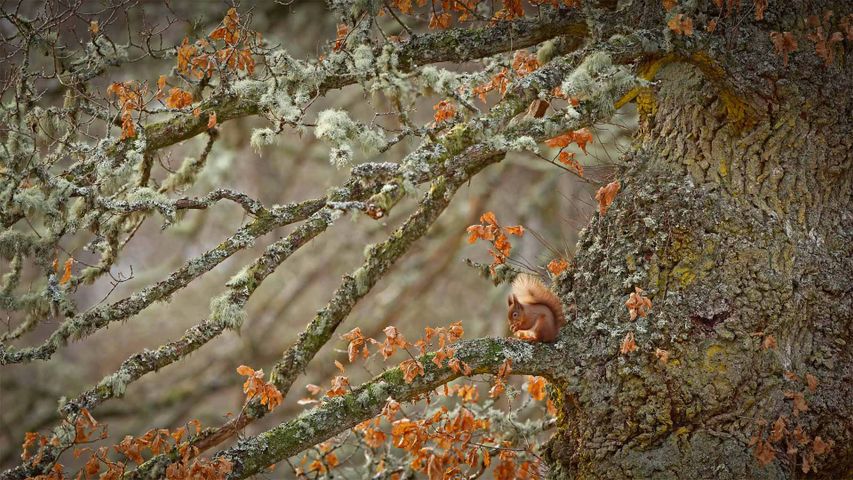 Today's homepage image has a bit of a Beatrix Potter vibe about it. In 1903, Potter published The Tale of Squirrel Nutkin, about a cheeky squirrel who taunts an owl with silly riddles until he pushes things too far, narrowly escaping with his life (minus a tail). Potter based Nutkin on the red squirrel, the UK’s only native squirrel species. The red squirrel population saw a steep decline after humans introduced the larger non-native Eastern grey squirrel in the late 1800s.

Today, the red squirrel is a protected species and efforts continue to keep numbers of greys in check and to preserve reds’ habitat. The UK red squirrel population is estimated to be about 138,000, with the vast majority living in the woods of Scotland, like our little friend here. Today’s a particularly good day to admire these charismatic creatures, as it’s Squirrel Appreciation Day.