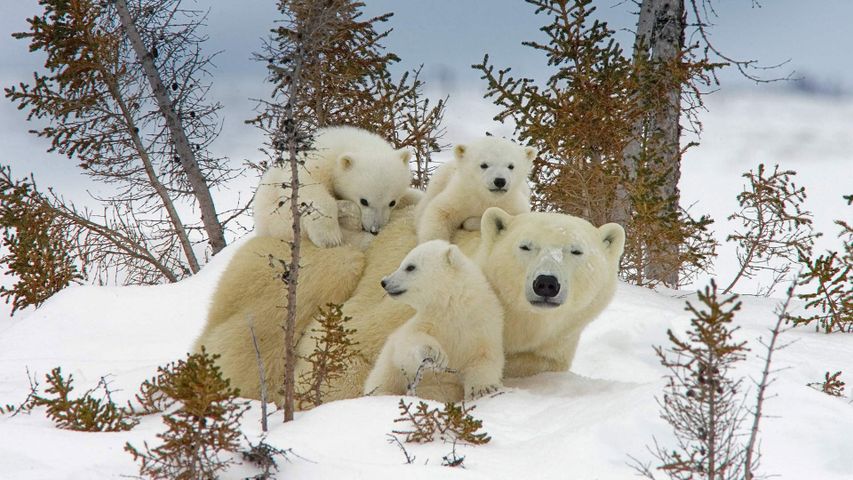 Located on the shores of Hudson Bay in northern Manitoba, Wapusk is a relatively new member of the Canadian national park service – it was established in 1996 and is considered an ideal location for spotting polar bears. After spending most of the winter in her den with her cubs, a mother polar bear emerges with the cubs around February and begins searching for food. We hope you don’t feel like you’ve been hibernating as you wake to greet the new year.