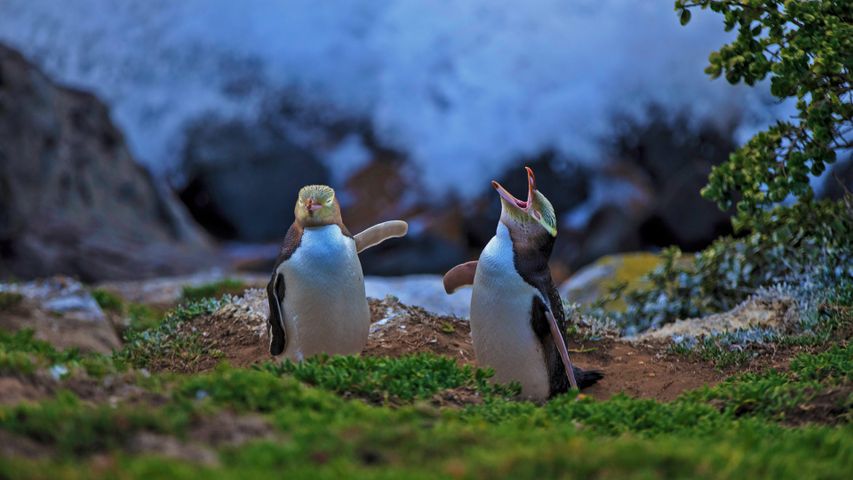 The hills are alive with the sound of penguins here on Katiki Point, part of the Moeraki Peninsula on New Zealand’s South Island. This is a significant habitat for endangered yellow-eyed penguins, which are some of the rarest penguins in the world. They are a solitary, vocal bird known as hoiho, or ‘noise-shouter,’ in the Māori language. This winter the birds had a lot to talk about, as scientists discovered evidence of a prehistoric penguin in New Zealand that was human-sized. These prehistoric relatives were given the name Kumimanu biceae--kumimanu means ‘monster bird’ in the Māori tongue.