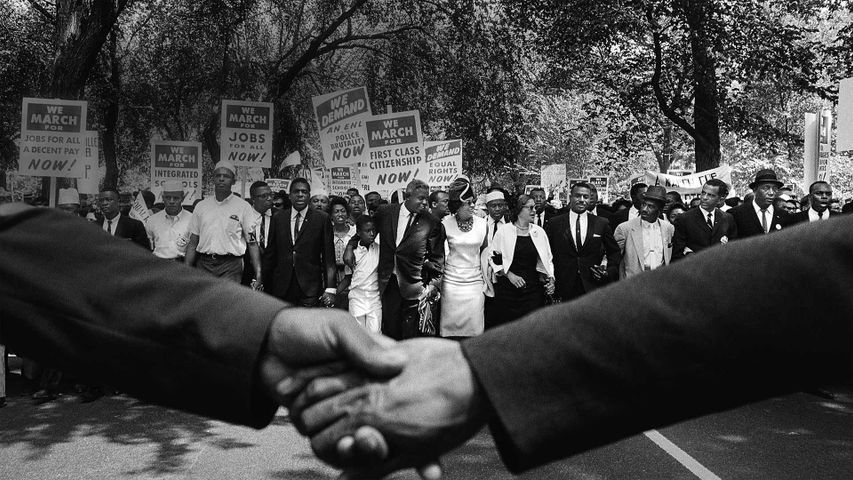 A march toward a dream

For Martin Luther King Jr. Day, we're going back to August 28, 1963, to the March on Washington. Among those in the front line of demonstrators are baseball great Jackie Robinson and bus-boycott activist Rosa Parks, both towering figures in the civil rights movement. Later this day, the Reverend Martin Luther King Jr. would deliver his 'I Have a Dream' speech in front of a quarter-million protesters packed onto the National Mall. The speech is considered among the best in American history and a defining moment in the fight for civil rights. King was just 34 years old.

Across the country today, volunteers will spend their day giving back in honor of Dr. King. His birthday was made a federal holiday in 1983, and in 1994 Congress designated the event as a national day of service, inviting citizens to observe the holiday by improving their communities.