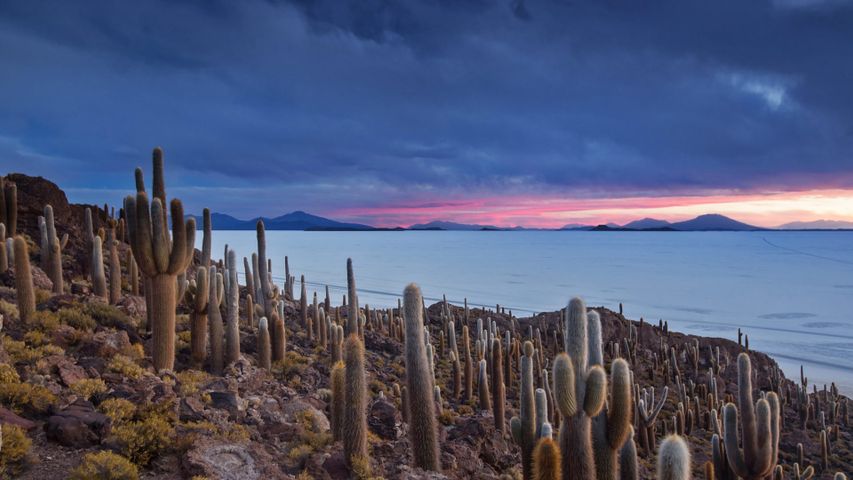 Isla del Pescado is one of many ‘islands’ on the high Andean salt flat called Salar de Uyuni. This unusual landscape in Bolivia draws in many curious visitors who explore the plain’s 10,580 square kilometres. Isla del Pescado translates from Spanish to English as the Island of Fish, a reference to the isle’s appearance on the horizon when viewed from a distance. If the thick crust of salt on the Salar seems familiar, it may be because you’ve seen it recently on the big screen: Salar de Uyuni appeared as the planet Crait in the climax of the recent ‘Star Wars’ installment, ‘The Last Jedi.’