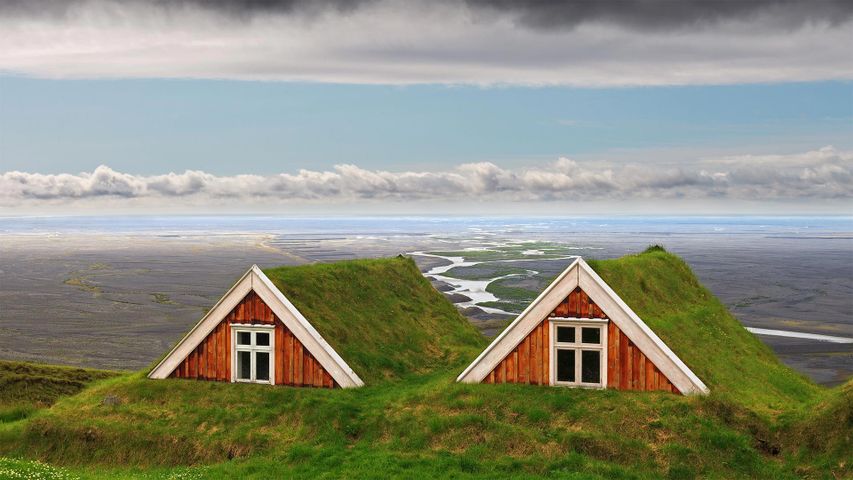 Roofs of sod have sheltered mainland Scandinavians through countless winters and summers. But those who migrated from Norway's grass-roof log cabins to this Icelandic tundra in the 9th century found none of the rich timberland of their homeland—just wispy birch forests and grassy fields. To survive the cold, they took the old turf roof concept and built on it, encasing not only the roofs but the walls of their birch-framed homes in layers of living, insulating soil.

The turf buildings shown here are located at Skaftafell, a manor farm founded by early settlers and now part of Vatnajökull National Park. Unlike Icelanders' history, though, these huts aren't a millennium old: They date to the 19th century, when the plains in the distance began flooding and the farmers who'd made homes there were forced uphill.