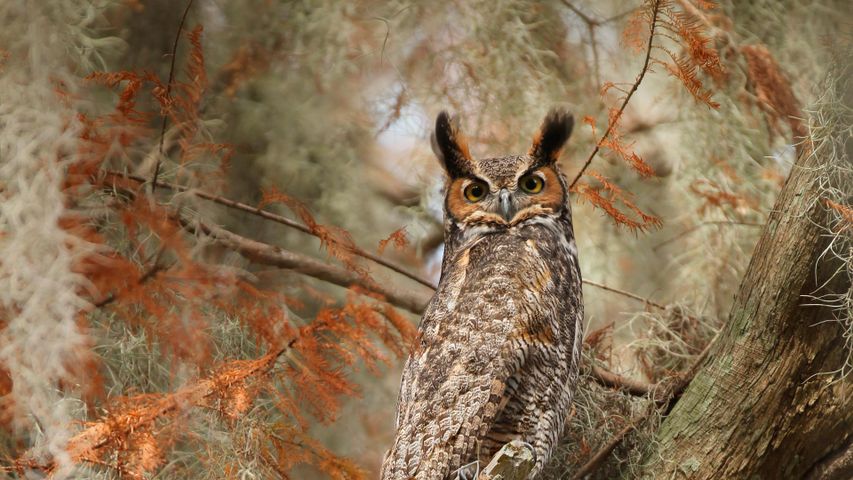 No, those aren’t really horns on the great horned owl, shown here blending in nicely with its surroundings in Central Florida. The distinctive tufts of feathers on top of its head are known as ‘plumicorns’. They have nothing to do with hearing – instead, they’re thought to be used to show expression and for camouflage. The bird’s nickname is the ‘tiger owl’, which comes from early naturalists who described this stealthy predator as a ‘tiger of the air’.