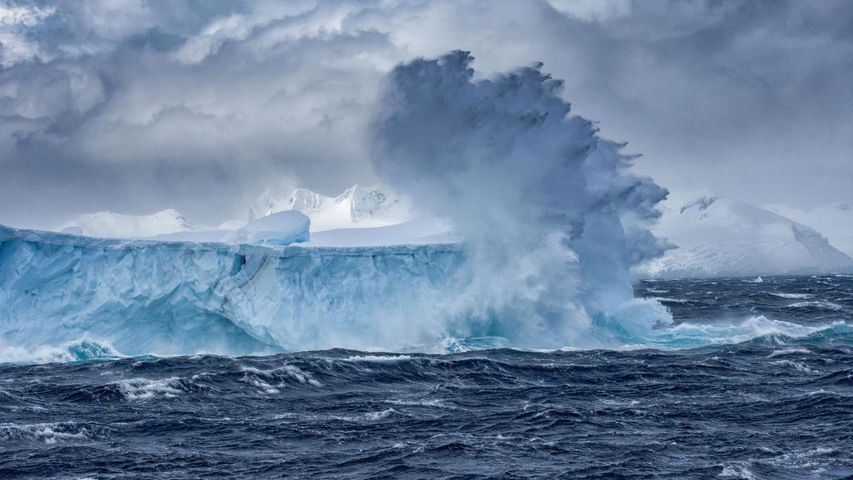 There’s more than meets the eye in this image of a floating iceberg off the coast of Antarctica. That’s because about 90 per cent of every iceberg exists beneath the surface of the water – and it can be hard to gauge its shape from the surface. The largest recorded iceberg, known as B-15, had a surface area larger than the island of Jamaica (just imagine what that baby looked like under water!). On the other end of the spectrum, hunks of ice smaller than 16 feet across are known as ‘bergy bits’ and ‘growlers’.