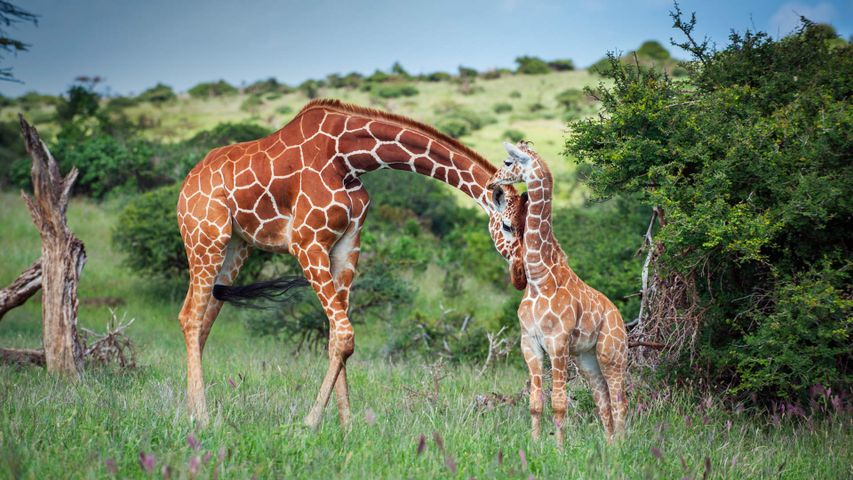 Baby giraffes literally fall into the world. That's because their mothers give birth while standing up. After the calf drops to the ground, the mother will lick it clean and start to bond with her six-foot newborn, who will almost immediately attempt its first steps, be walking within an hour and running with their mum later on day one! Reticulated giraffes are native to Somalia, Ethiopia and Kenya, which is where this mother and its calf were photographed.