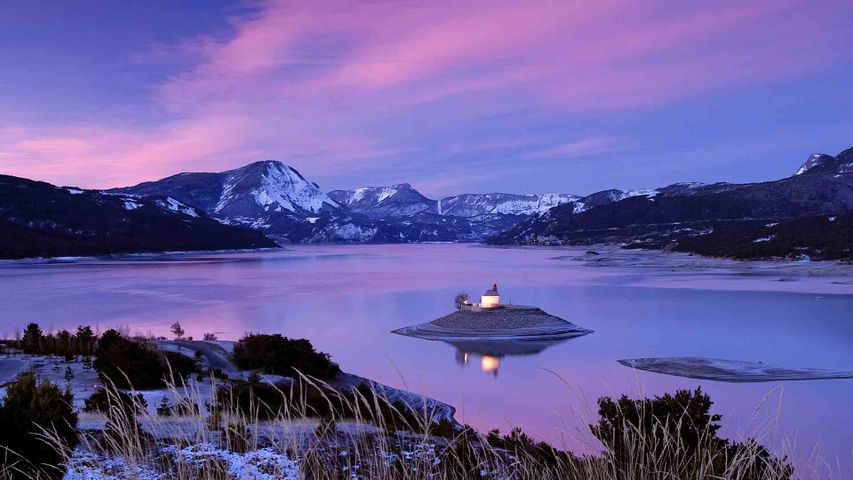 Lake Serre-Ponçon, known as the ‘Sea in the Mountains,’ was formed in 1961, when the Durance River was dammed to help prevent flooding in nearby communities. It’s considered one of the largest manmade lakes in Europe and is a major source of hydroelectric power, irrigation, and tourism. The historic Chapel of St. Michel, established in 1020 and rebuilt in the 17th century, survived the flooding of the valley—but it became an island destination in the process.

Common octopus in the Mediterranean Sea