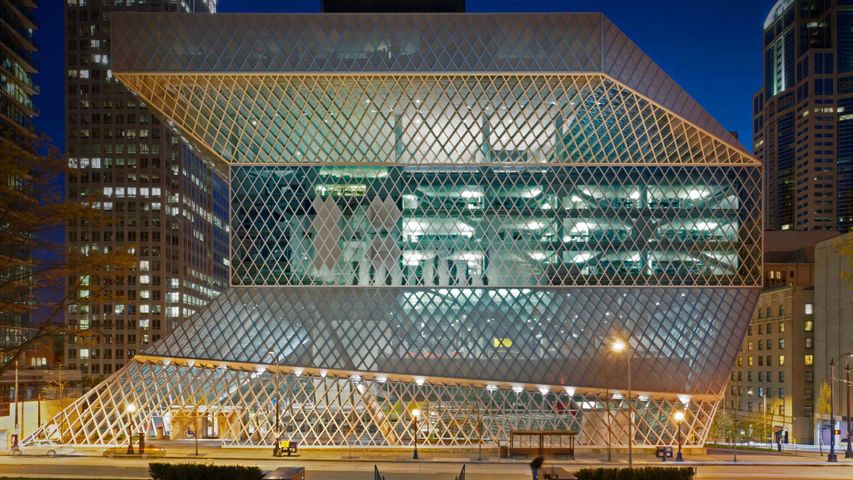 In 2004 Dutch architect Rem Koolhaas infused an old-school institution with a high-tech vibe when he designed the Seattle Central Library. An instant architectural landmark for downtown Seattle, the library has been embraced by what’s been frequently ranked as one of the ‘most literate’ cities in the United States. Beyond its striking appearance, the facility has many unique features, including a four-story Books Spiral, which allows users to browse the nonfiction collection in one continuous walk, uninterrupted by stairs, elevators, or different rooms.