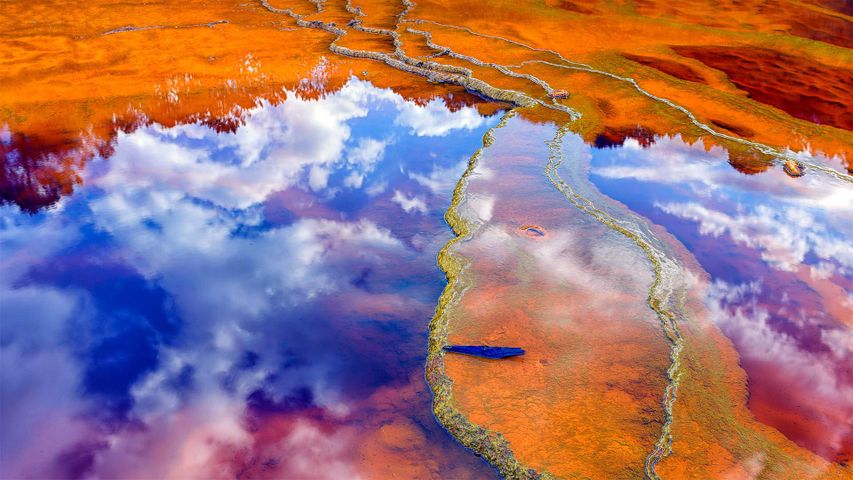 Reflecting on one of the world's strangest rivers

If you like your landscapes on the surreal side, then this weird and wonderful river in the Andalusia region of southwestern Spain should be to your liking. The Rio Tinto (Red River) gets its name from the reddish hue of its water, caused by high levels of iron and sulfur, which make it very acidic. This unusual chemical makeup may or may not be a result of the area's long history of mining, which dates back at least 5,000 years. Ancient residents like the Tartessians and Romans dug here for copper, silver, and gold, as well as the mineral pyrite, commonly referred to as 'fool's gold.' Legend has it that the Rio Tinto was the site of the fabled mines of King Solomon.

Because of the river’s extreme acidity, almost nothing can live in it. Only a thriving community of unusual microorganisms—classified as extremophiles—can survive the water's acidic mix, by feeding on the minerals alone. The strangeness of Rio Tinto's ecology has even attracted the attention of NASA, which studied the bacteria that have adapted to this highly acidic environment because the conditions resemble those on the surface of Mars.