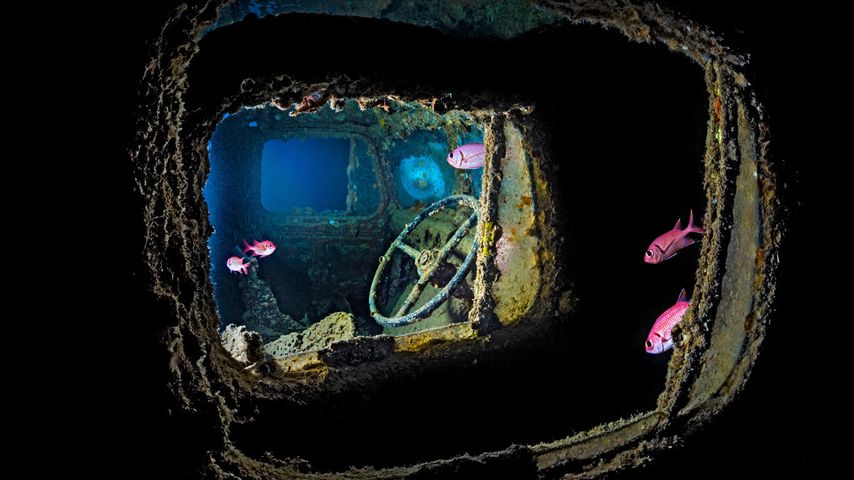 On her fourth voyage, ostensibly from Glasgow in Scotland to Alexandria in Egypt, the SS Thistlegorm sank in the Red Sea when German fighter planes bombed the cargo ship on October 6, 1941. The craft and most of its cargo—including the trucks seen here—rest off the coast of Egypt near Ras Muhammed National Park. Four sailors and five members of the Royal Navy gun crew died as a result of the attack. A decade later, renowned marine explorer Jacques Cousteau found the wreckage and eventually the site became a popular scuba diving spot.