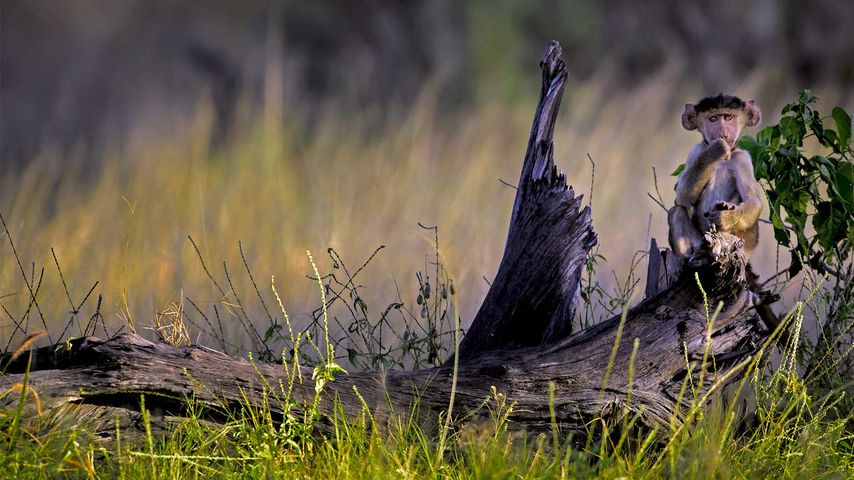 This adolescent chacma baboon will grow big enough to be considered a member of one of the largest monkey species on Earth. Like many other primates, the chacma baboon is a highly social animal. One unusual social trait scientists have observed in the species is adoption behavior. If a baby’s mother dies, and her young baboon is unable to care for itself, a male-female couple are likely to adopt the orphan, providing care for the baby until it’s old enough to feed itself.