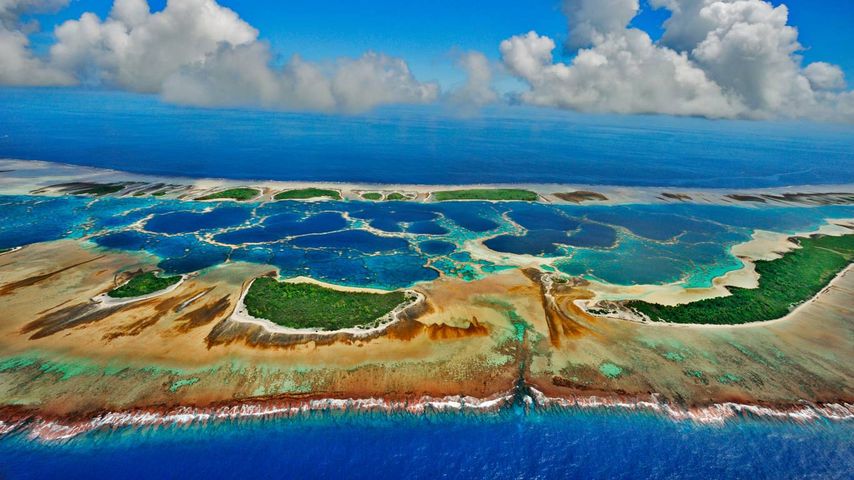 Though the island nation of Kiribati totals just 312 square miles of land, the reef island and 33 atolls that compose the country are sprinkled across 1.3 million square miles of the Pacific Ocean. A former protectorate of the British Empire, Kiribati was called the Gilbert Islands during the 19th century and most of the 20th century, after British explorer Thomas Gilbert who first saw the islands in 1788. During World War II, one of the atolls here, Tarawa Atoll, saw some of the most brutal combat in the Pacific Theater. In 1979, the Gilbert Islands became the independent nation known as the Republic of Kiribati.