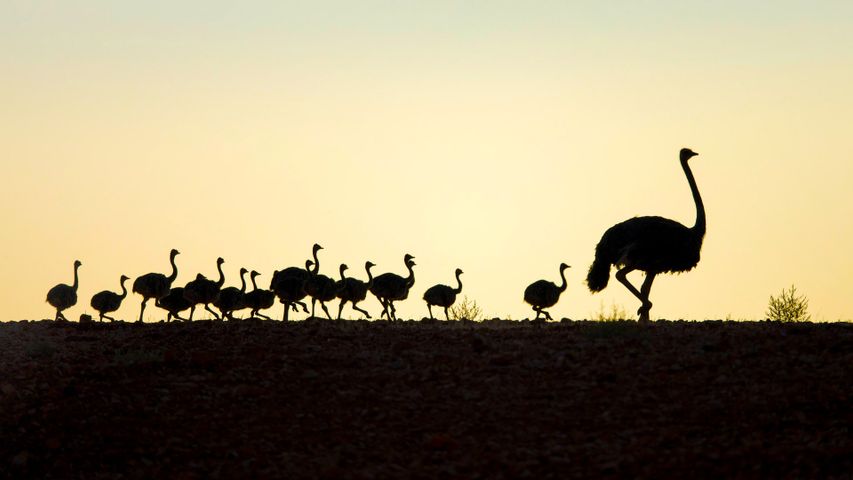 It’s tough to tell in silhouette, but the ostrich is the biggest and heaviest bird in the world, weighing up to 145 kilograms. And that's not the only record this flightless bird holds in the animal kingdom. The eye of an ostrich is five centimetres in diameter – the largest eye of any land vertebrate and five times bigger than the human eye – which helps them see predators at a great distance. They're also pretty quick, sprinting at speeds of up to about 70 km/h, making the ostrich the fastest animal on two legs.