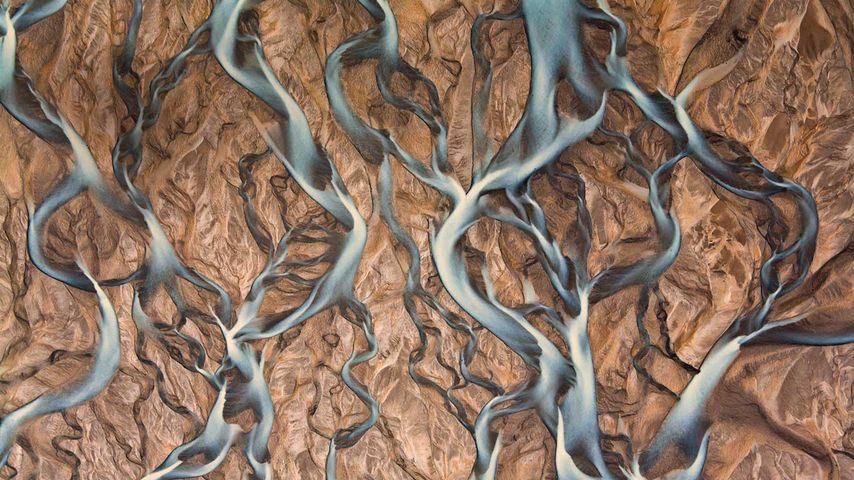 The coastal waters of Bylot Island are frequently ribboned with glacial melt from inland. Up in the frigid northern territory of Nunavut, Bylot is one of the world’s largest uninhabited islands, and most of it falls within the borders of Sirmilik National Park, while the eastern region has been designated as a migratory bird sanctuary. Though the indigenous people of the region come to Bylot during hunting season, there are no permanent human settlements here.